Part I - The Patio

We'd been experiencing a plethora of problems with our paved patio and had a few estimates to replace the pavers with blue stone.  We received an estimate from a nursery that had done some work for us before that was so angering and outrageous that we refused to even look at the plan.  I could have built an addition for what he proposed.   He wanted to pour concrete over rebar and set the blue stone on top.  Total overkill.  And it's not what I wanted.  I wanted sand and finer crusher run with the blue stone placed on top.  Just before we were to begin the project ourselves (yes, ever-testing the bonds of our marriage!), Jen, who works with us, suggested a friend of hers, Jeff Gaeta of Gaeta Scapes (get it?).  His estimate was more than fair and we engaged him.
A new friend has breakfast before work starts...sorry about the glare 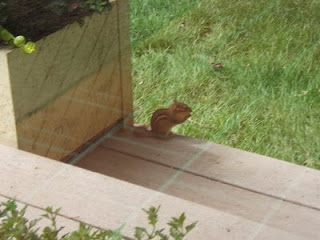 Jeff and his crew begin clearing the old beds 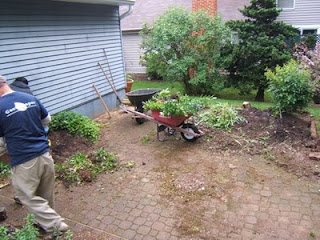 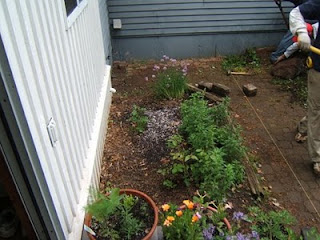 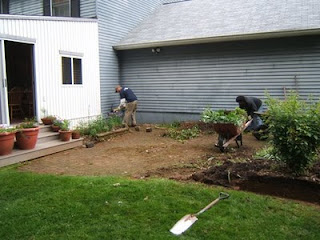 I can't wait to see the finished product! Gardens are good for the soul. :)

The finished project turned out beautiful. I am honored to be the first guest to sit out there with you!! :-)

How fun to get a new patio. It's projects like that, that keep us going!

P.S. I love the big guy in your intro photo!! He must have been curious about your little turtle stepping stone. How cute is that!!