Storm At Sea and Repealing The Jones Act

After visiting Senior Moments I thought I'd post this for Skywatch Friday.  I took this in Fort Lauderdale in October.  The storm eventually came ashore and was a real wowser. 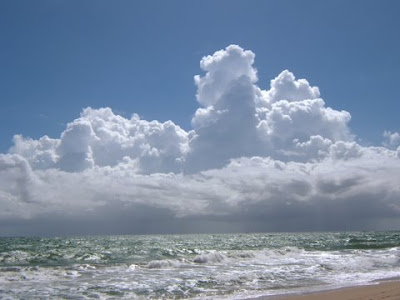 And speaking of the sea, I just learned that there are tankers from other countries able and waiting to help out in the Gulf of Mexico, but are prevented from doing so by the The Jones Act -- a bill originally designed to protect US maritime interests. I'm acquainted with this antiquated piece of legislation, but only as it applies to cruise ships and their crews and ports of call. In our discussions The Jones Act --its purpose served long ago-- was not well thought of -- now it seems  more than an antiquated nuisance.  I was wondering if a law could be over-ridden by executive (presidential) order? I recently read that Bush 'waived' The Jones Act after Hurricane Katrina, but am not certain of this. Anyone??
Posted by KathyA at 8:12 AM

ugh! will there ever be some good news?... stunning shot my dear!

Kath -- the photo is stunning. I don't know about the Jones Act. Sorry! :(
In the meantime, have a happy weekend.

Kathy:~/ You need to educate us lazy bums and explain to us what the Jones Act entails or atleast how it applies to this situation:P Please and thank you.

I never knew about the Jones Act, so I can't help you out, either.

I believe that after Hurricane Katrina the Secretary of Homeland Security, acting on behalf of President Bush, waived the Jones Act to allow relief supplies to be brought into the areas devastated by the hurricane.
By the way, that's a great picture of the approaching storm.

Love the photo of the sea!!! Very interesting info about the Jones Act. Seems we have a lot of archaic laws still in effect. Maybe someone should appoint a committee to review and re-do some of this antiquated legislation! (This is why I love visiting your blog...I always learn something...Teachers rock!!)

Love the picture!
I'm not familiar with the Jones Act, but it sounds like another of those laws made years ago that are no longer applicable today. If there are tankers out there that can help, they should be allowed to enter our waters.

That is one cool looking sky!!!

Nice ocean and cloud shot! It speaks as to the power of Mother Nature. Very nice!